Virtual Event; ‘A Life in The Foreign Office’, with John Duncan OBE 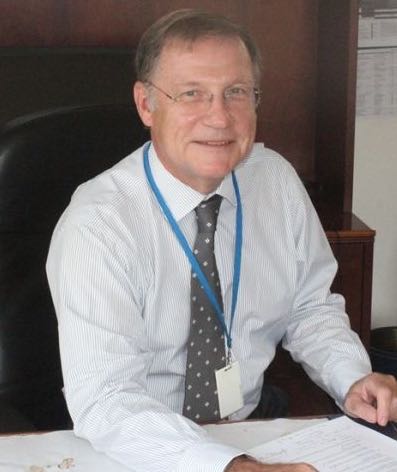 “A Life in the Foreign Office”. A highly enjoyable and fantastically insightful evening with wonderful recollections of 40 years in the corridors of power.

We all remember “Sir Humphrey Appleby” from “Yes Minister” and John Le Carré’s many heroes, but what if you could have dinner with someone who knew the real stories. Are we ready for “Global Britain”?

The Lunch Circle Presents; ‘A Life in The Foreign Office’, with John Duncan OBE.

On the 24th of June at 6pm The Lunch Circle will be hosting a virtual evening with Former British Ambassador and Territory Governor, John Duncan OBE.

John is a former senior British Diplomat. He has served in Paris, Sudan, Brussels, Geneva, New York, Albania, and as Governor of the Virgin Islands and the Falkland’s

As a roving ambassador John led British negotiating teams across the world as British Ambassador at the United Nations for Multilateral Arms Control and Disarmament to break out of a “Decade of Deadlock”.

John was one of the pioneers of “Digital Diplomacy”, as a blogger and podcaster for the Foreign Office. He was the Foreign Secretary’s Special Representative to the 2011 London Conference on Cyberspace. He was subsequently FCO Director for Communications and Engagement. He has also served at NATO, including as UK International Affairs Advisor to NATO’s Supreme Allied Commander Europe (SACEUR), during the Kosovo conflict and the demilitarization of the Kosovo Liberation Army. He has served twice with ODA/DFID, in Sudan (1985) and as Assistant Private Secretary to the Minister. He was UKTI Director Trade and Investment for France (2002 to 2006).

John was awarded the Order of the British Empire in 1993, the NATO Kosovo Medal, and the US Army Outstanding Civilian Service Medal for his work in the Kosovo conflict in 2001. He currently serves on the National Army Museum Council and divides his time between the UK and France.

If you would like to attend this incredibly unique and intimate event then please do let myself or our Senior Member Liaison, Lucy, know. Spaces will be limited.